A logical fallacy is a flaw in the structure of an argument so serious that it ultimately renders the conclusion itself invalid.  The SGU team (podcast link here) provides a great list of 20 logical fallacies on their web site.  Many of them are likely recognizable, like the familiar ad hominem and the ever-present non sequitur.  If you give their list a thorough read, thinking about real world examples of each as you go, you will soon be surprised to find yourself identifying logical fallacies everywhere, simultaneously impressing and irritating your loved ones.  [Be forewarned that skeptical thinkers should ultimately be prepared to explain the difference between a skeptic and a cynic to those who improperly label them as the latter.]

Once it becomes automatic to more skeptically analyze the arguments that people make, it becomes quite apparent that there is no shortage of people who stubbornly hold beliefs based on fallacious logic.  Though a seemingly harmless result like believing in ghosts or psychics is often the outcome of such flawed reasoning, it ceases to be entertaining when one absorbs the reality that nation-changing decisions are being made on the basis of what amounts to illogical half-thinking.  American politics and punditry are rife with examples of logical fallacies that are routinely utilized to skew our perspectives.  More often than not the results are unwise, ill-informed decisions with long lasting unintended consequences.

The slick and relentless utilization of one such logical fallacy, the false dichotomy, is a key part of an attempted wholesale destructive change to the historical American philosophical view of the proper relationship between the State and the Individual.  The SGU list referenced above defines a false dichotomy as “arbitrarily reducing a set of many possibilities to only two”, in other words claiming that there are only two choices in situations where multiple alternatives exist.  An argument can be made that statists long ago perfected an art form implementing this particular logical fallacy, and this flawed logic is regularly on display during our ongoing great debate about the socialization of health care in America.

END_OF_DOCUMENT_TOKEN_TO_BE_REPLACED

Intensity remains stronger among those who oppose the push to change the nation’s health care system: 21% Strongly Favor the plan while 43% are Strongly Opposed.

Public support for socialized medicine has steadily eroded and has now hit its lowest point ever, dropping 9 points in just one week!  Any intelligent observer would have to conclude that while the 2008 campaign generalities and platitudes sounded nice to some naive people, now that Americans have gotten a good look at the reality of such a program they have decided that it is not in their best interest.

Given that, and the fact that the congress is allegedly comprised of our “public servants”, one would expect the House and Senate to drop the matter.  But they will not.  Why?  Because this is not about giving the people what they want.  This does not even have anything to do with a concern for the health care needs of Americans. 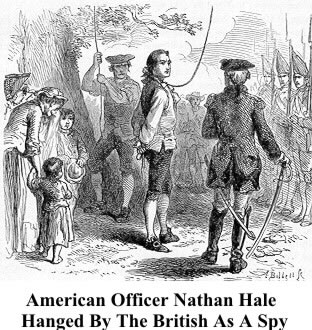 This is about the power and control that comes with government dependency.  Neal Boortz summed it up well today:

Let’s not let them down, my brothers and sisters.  Now is the time for all good men and women to come to the aid of their country.

These statist bastards have no idea that they have truly awakened the sleeping giant.  Let’s make our forefathers proud.

Bribing Mary Landrieu – With OUR Money 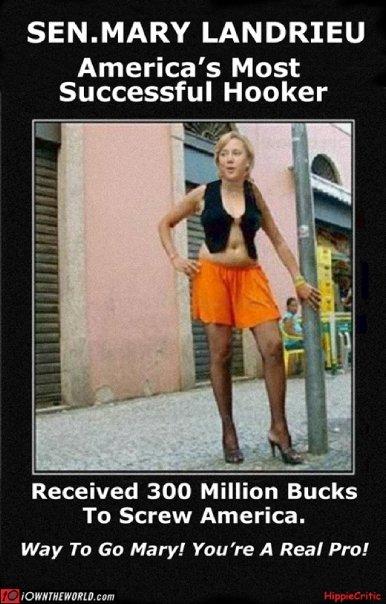 This is a bit late, but Marooned In Marin has a good wrapup of last Saturday’s House Call II at the capital.  I grabbed a couple of his pictures to show here but he has a lot more as well as some good video. 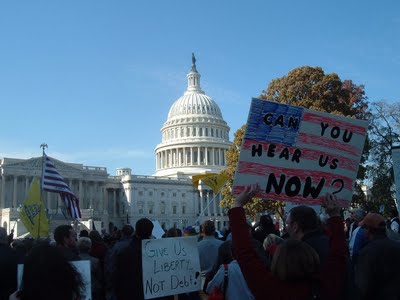 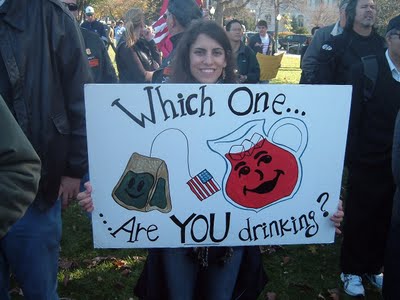 A House Call at the Capitol

It would appear that a good crowd showed up for Michele Bachman’s call for a House Call to the House to protest Speaker Pelosi’s horrible health care bill.  I have managed to snarf some initial pictures from Twitter and will post more as I get them.

First, it seems obvious that the Speaker of the House has control of the Capitol Web Camera: 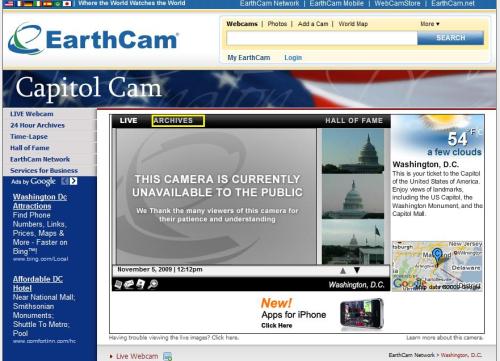 Does Pelosi control this, perhaps?

A short video taken from the steps.  Can you hear the crowd chanting “Nancy”? 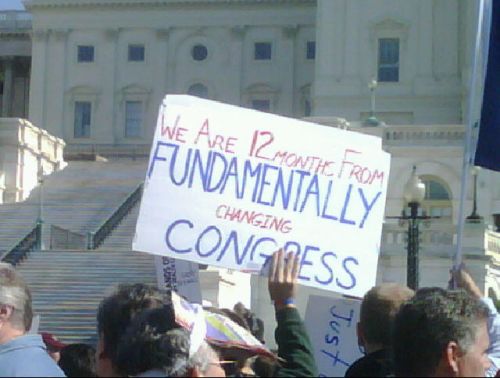 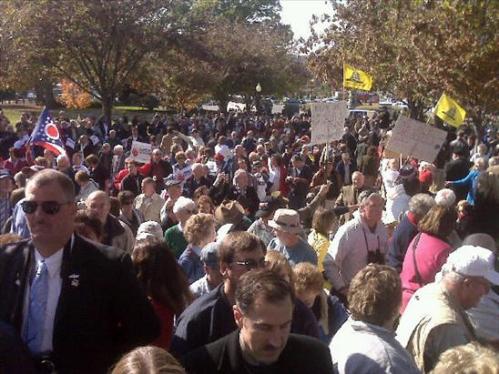 END_OF_DOCUMENT_TOKEN_TO_BE_REPLACED

A good measure of a conservative is how much they are despised by the hard left, and Michele Bachmann is one of those who the Kos crowd loves to hate.  In this video, Bachmann calls on Americans to come to D.C. to protest Pelosi’s just-released health care bill.

“This is socialization of America if this bill goes through, and after next Friday it will be too late to talk to your member of Congress.”

For someone who has been observing politics for a while it’s hysterical to listen to Democrat politicans rail against the “special interests” that they claim run the opposing party.  They even try to paint a picture of some sinister Special Interests behind the August push-back at the myriad of Town Hall meetings across the US when in fact the organized astroturfing in those conflicts came as a union-goon response from the Left.

Their accusations of special interests behind any opposition to their plans are ridiculous because the Democrats are owned lock, stock, and barrell, by some Very Special Interests.  Between the bolshevik labor unions and the American Trial Lawyers Association the Democrat Party marionettes have very little wiggle room.  Americans saw union influence actually override bankruptcy law in the case of [forever dead to me] GM and Chrysler and we perennially see union special interests further destroy the American education system.  More obvious in the current debate about socialized medicine is the 300 pound gorilla in the living room of tort reform.

Writing over at the wonderful Big Government site, Capitol Confidential spills the beans on the Democrats’ continuing protection of their benefactors.  It’s short so I will quote the entire thing here:

The health care bill recently unveiled by Speaker Nancy Pelosi is over 1,900 pages for a reason. It is much easier to dispense goodies to favored interest groups if they are surrounded by a lot of legislative legalese. For example, check out this juicy morsel to the trial lawyers (page 1431-1433 of the bill):

Section 2531, entitled “Medical Liability Alternatives,” establishes an incentive program for states to adopt and implement alternatives to medical liability litigation. [But]…… a state is not eligible for the incentive payments if that state puts a law on the books that limits attorneys’ fees or imposes caps on damages.

While there is debate over the details, it is clear that medical malpractive lawsuits have some impact on driving health care costs higher. There are likely a number of procedures that are done simply as a defense against future possible litigation. Recall this from the Washington Post:

“Lawmakers could save as much as $54 billion over the next decade by imposing an array of new limits on medical malpractice lawsuits, congressional budget analysts said today — a substantial sum that could help cover the cost of President Obama’s overhaul of the nation’s health system. New research shows that legal reforms would not only lower malpractice insurance premiums for medical providers, but would also spur providers to save money by ordering fewer tests and procedures aimed primarily at defending their decisions in court, Douglas Elmendorf, director of the nonpartisan Congressional Budget Office, wrote in a letter to Sen. Orrin Hatch (R-Utah).”

One could argue that if the American media was a watchdog rather than a lapdog they would point out the truly sinister special interests that manipulate and control most of the agenda of the American Left.

from the foothills
Blog at WordPress.com.